The graduate program in Sociology of the IESP-UERJ was founded in the former IUPERJ in 1973 and it became a reference of excellence in this area. In the former IUPERJ, as well as in the current UERJ, the Sociology and Political Science programs have always had a close relationship of intellectual and institutional collaboration. These characteristics helped to create an intellectually creative alternative in the scene of graduate studies in Social Sciences in Brazil.

The initial inspiration of the graduate program in Sociology involved a requalification of the democratic issue in the public sphere, putting aside the conceptions that considered the democracy merely as a political form. After more than 50 years, the format of the graduate program in Sociology of the IESP-UERJ preserves this inspiration, and is formed, on one hand, by the institutional issue addressed from the angles of political sociology and social theory and, on the other hand, by the Brazilian social question addressed from the angle of urban sociology and social inequalities. These approaches are in constant dialogue with the legacy of the country’s Political and Social Thought, which essayistic has been progressively integrated to the program. 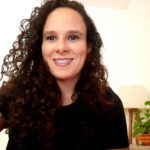 a) Inequalities, Social Mobility and Work

The economic and social inequality remains one of the main problems in Brazil. Researches on inequalities are, therefore, relevant to understand questions such as the meanings and the courses of contemporary democracy, the human dimension of economic development, the conceptions of social justice, the public policies and the private initiatives to solve the worst social problems, such as hunger and violence. Currently, the debate on inequality focuses on what are its main dimensions, what levels are socially justifiable and acceptable, what are its main determinants, and what are the best forms to fight it. The sociologies of work and education, as well as all its ramifications, play a central role in this debate.

The relations between state and society, the foundations and social bases of the public policies and the political practice of agents and social groups are the main concerns of this research line. With a multidisciplinary perspective strongly based on Sociology, this research line aims to discuss classical subjects, such as the social and political formation of the States; the relation between social groups, social networks and politics; the social construction of public policies; the role of public opinion, of social movements and of other collectivities in institutional politics; social participation; social changes; conflicts; power and domination; social movements in historical, theoretical and comparative perspectives; collective identities; citizenship and solidarity; gender and race; and social rights.

The urban space is understood not only as a locus and context of practices, relations and dynamics, but also as a field of discussion on the spatiality of social and political action. This research line mobilizes qualitative and quantitative methodologies of social analysis to reveal the daily mechanisms of the structural aspects of urban sociability. It is also devoted to the study of the reproduction of violence as a constituent element of sociability and the public policies aimed at coping with the problem. It also opens, however, to other developments, including innovations in the fields of culture and sociability; the social and spatial dimensions of globalization and transnationalism; and the study of other countries and regions, in comparative perspectives.

Social theories cover a field that is related, but wider than the field of sociological theory. It deals with themes that open up to other disciplines, such as philosophy, anthropology, linguistics, psychology, psychoanalysis, political science and economics. In the frameworks of our graduate studies, the center continues to be mainly sociological theory and its relations with other ways of thinking social life.

The master’s degree has a maximum period of two years to be completed. During this period, the student undergoes intense theoretical and methodological training in the area of ​​his/her specialization, filling a total of 27 credits. During the fourth semester, they prepare a dossier that includes, in addition to the academic transcript, a dissertation to be defended before a panel of three professors (one external). Those approved receive a master’s degree and can compete for a spot in the doctorate course.

The doctorate is intended for the training of researchers and focuses on original research and the production of theses. It has a mixed or semi-tutorial character, with greater flexibility for the student and greater responsibility for the teacher-advisor, but at the same time with institutional controls over the flow of students. Credits are earned by attending courses, and participation in three research seminars is also required, one for a project and the other two for a thesis. At the end of the first year, the student must defend the thesis project, which also functions as a qualifying exam for pursuing a doctorate. The thesis defense must be done, at the latest, by the end of the eighth academic semester. 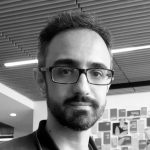 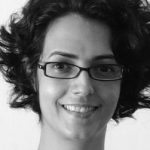 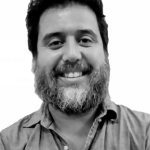 PhD in Sociology (University of London-1993)

PhD in Anthropology (University of Chicago-2007) 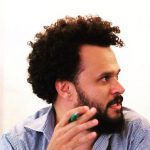 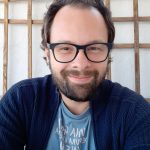 Information about the selection process is available in our Selection page.