Prof. José Maurício Domingues published, at the content platform Latinoamérica21, the article Why is it not so easy to talk about a “new left turn” in Latin America . In the text, the coordinator of the Nucleus for Social Theory and Latin America Studies (NETSAL) addresses the limitations, threats, and challenges to a “new turn to the left” in the region.

The processes of the late 20th and early 21st centuries have positioned Latin America in the contemporary world, together with the part of the world with which it has more similarities and political connections: Europe and the United States. Latin America shares the same problems, without clear solutions, in addition to having little money. However, we must be particularly attentive to political issues, actively addressing them, especially with regard to the democratization of democracy.

Read the full article in Latinoamérica21. 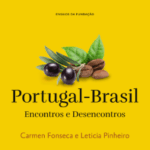