Last Friday, July 22, Pedro Costa, PhD in Political Science from IESP-UERJ, was awarded an honorable mention for the second place in the Guillermo O’Donnell prize of the Latin American Association for Political Science (ALACIP), for his thesis The forgotten role of Legislative Power in the trajectory of income transfer policies in Brazil. Advised by Prof. Argelina Figueiredo and co-advised by Mariana Llanos (GIGA Institute), the thesis was presented at the Institute in February 2022, in a panel chaired by Prof. Fabiano Santos.

This research was developed during doctorate program between IESP-UERJ and the German Institute for Global and Area Studies (GIGA – Germany) and was funded by the National Council for Scientific and Technological Development (CNPq) and the German Academic Exchange Service (DAAD).

“I would like to take this opportunity to thank the unconditional support I have had from Professor Argelina and to reaffirm my pride in having been a master’s and PhD student here. In the figure of the whole Iespian community, I thank the board of directors for the education that the Institute offered me. This achievement is the fruit of the excellence of that work!”

The Guillermo O’Donnell Award for the best doctoral thesis defended between July 2019 and April 2022 was presented in an online ceremony by the Association’s Secretary General, Prof. Daniel Buquet, and Prof. Gabriela Ippolito-O’Donnell, as part of the XI Latin American Congress of Political Science of ALACIP. The first place in the contest went to Asbel Bohigues, from the University of Salamanca (USAL – Spain), in a thesis advised by Manuel Alcántara Sáez. 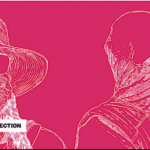 Release of”Social Movements and Politics during COVID-19″, by Breno Bringel and Geoffrey Pleyers 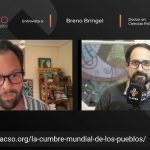