The Institute for Social and Political Studies, along with Crivelli Advogados, promotes, on Monday, June 20, the online seminar Labour in Trance: Metamorphoses of work in digital capitalism.

Organized by proffessors of the Institute Adalberto Cardoso and Fabiano Santos, the event will be composed of three pannels with guest speakers invited to debate the profound changes happening in the area of work, highlighting the difference between the previous technological revolutions and the current one. Betweeen 9AM and 6:45PM, the disscussion tables will be broadcast live trought our YouTube channel and TV Fórum.

The initial perception is that, in previous technological changes, the introduction of innovations in the ways of producing, distributing and commercializing products and services took place in a way that allowed workers who lost their jobs to find others in emerging sectors. But in the current stage, named the 4th industrial revolution, jobs are being destroyed in numerous segments, without workers finding placement in the market to ensure living standards and socioeconomic security

9h – Opening and discussion pannel “The relation between labour unions, parties and politics”

1st Pannel – The relation between labour unios, parties and politics:

16h15 – 3rd Pannel: New technologies and the world of work 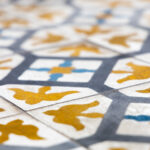